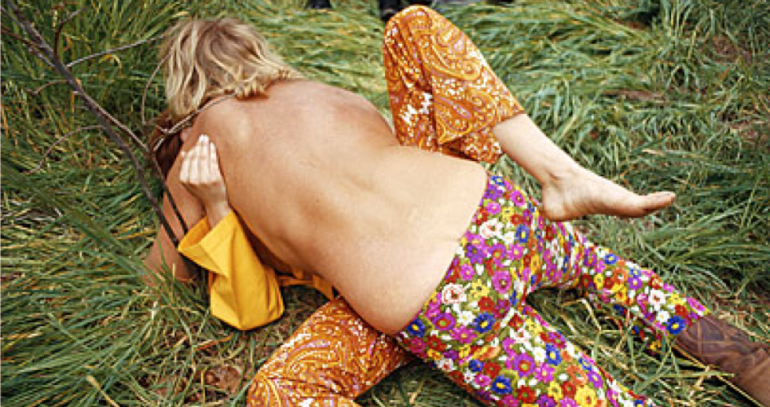 The California Central Coast welcomed me. My first job in Santa Cruz was on a communally-owned tomato farm. The farm was located about six miles inland from the Pacific Ocean, tucked away into a corner of the world so idyllic and tranquil that it felt to me vaguely disquieting. The rich dirt was soothing to my hands, but I wanted more stimulation — a little more contact with the hoi polloi. So I moved onto a juice bar, where for $6.50 an hour I had the pleasure of squeezing ginger shots and dosing drinks with powdery spirulina. Every day, soulful, clear-eyed hippies would jangle their way up to the counter covered in jade amulets. They even wore hemp headbands and clutched beat-up library books on herbalism or sacred geometry.

“Oh, yes,” I said with a smile. I always delighted in being able to fulfill their innocent desires.

What actually occurred was slightly less inspiring. I borrowed a couple grand, bought a three-chip video camera, and over the course of a year, bumbled my way through producing eight heartfelt but rather crude sex films. Some of the flicks were indeed inspired to some degree by the holistic ethos that surrounded me, and those felt satisfying; others fell far short of my expectations and were abject failures. I sold the films on eBay for tiny profits. Eventually, I had to move down to Los Angeles where the real porn industry resided, and where (I hoped) I could make some actual money.

Luckily I got out while the getting was good, and it’s only now, some eight years later, that I realize I missed my true calling. As a neophyte, I’d hoped to blend the hairy, good-natured lessons of hippiedom with videotaped sexuality. I missed the boat, however, succumbing instead to the Southern California status quo. But now, there’s a second chance. In subsquent articles, I will explore the sacred, sometimes silly, sometimes magical, always beautiful universe of the bendy, sage-smelling, tea-drinking, crystal-holding, yoga-chanting, earth-loving, Rasta-digging set, focusing on how a holisitc point of view can greatly enhance your own sex life. I invite you to come with me.