This past weekend, the New York Times Book Review unveiled it’s first, ever Sex Issue. In the article, Let’s Read About Sex, they discussed sex writing as “uniquely powerful — and perilous,” and asked some of their favorite authors who they think writes the best sex. At gasm.org, we  asked erotica writer Alison Tyler to tell us about the first books that inspired her to write sex. 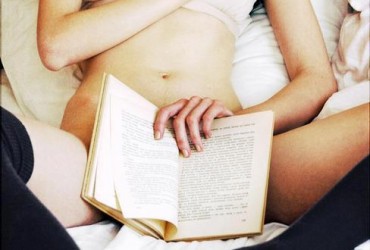 For some reason, the words in that battered paperback linger in my memory. Brody’s wife engaged in an illicit affair with Hooper, and the sex talk was edgy, much dirtier than anything I’d read before.

Although I’m scared not of the water, I am afraid of rereading Benchley’s work and discovering that my memory deceives me. I would hate to find out that the words don’t really swim in the deep end, but sunbathe languorously in shallow turquoise water instead.

Of course, when I first read kink is an entirely different matter. Vacuuming was involved. (Isn’t that always the case?) I worked several afternoons a week at a B&B/boardinghouse near a university. An antique bookcase stood against one wall, and while I vacuumed the upstairs section, I’d snag a novel to read. I made those pretty fan patterns in the navy blue carpet while perusing Updike, Hemingway, and Vonnegut. The bookshelf was of the “give one-take one” variety. You could snag a book for your stay or leave one you’d completed. One day, Xaviera Hollander’s The Happy Hooker: My Own Story showed up on a shelf and my vacuuming became more pronounced at that point. That is to say, I vacuumed longer and harder than I ever had before. The carpet got quite a workout.

I didn’t dare bring the book home with me, but I did slip the well-worn treasure behind other books so that every time I went to my job, I could continue reading the story. Until I finished the memoir, I worked at least a half hour more than was expected. My boss thought I was extra-thorough. I was extra-something. That’s for sure.

To this day, I tend to read smut while I clean. My house is never immaculate, but my mind remains ever so filthy. 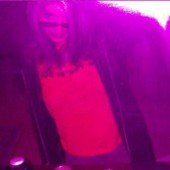