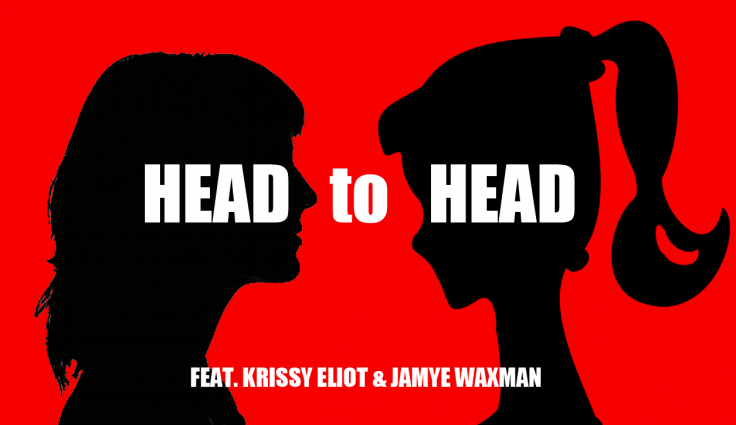 In a recent xoJane piece, writer Krissy Eliot talks about how her neighbor told her to have quieter sex because her noises forced him to explain sex to his 9-year-old daughter. Shocked that parents are still waiting until middle school and high school to talk to their kids about sex, she wrote a piece describing the many reasons why she thinks parents should talk to their kids early on.

In this edition of Head to Head, Krissy answers questions about how she would handle sexual discussions if she were a parent, while sex educator Jamye Waxman discusses her approach to the situation (being a mother of a 6-month-old girl). 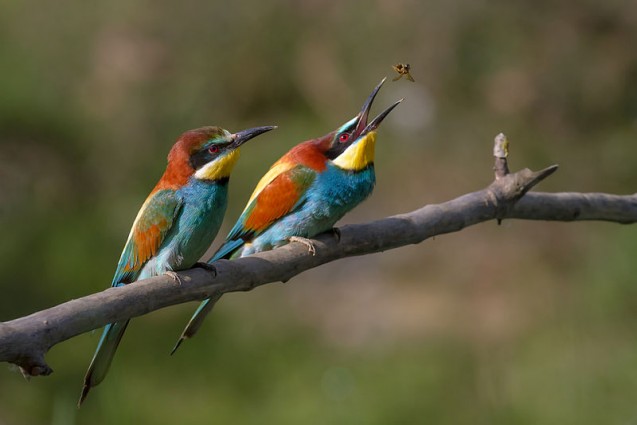 Birds and the bees.

If your kid heard someone else having sex, how would you handle it?

KRISSY: I’m 24 years old and I don’t have a kid. But if I did have kids, and they heard someone else having sex, I wouldn’t freak out about it and I wouldn’t lie to them. I would just explain to them what’s happening in calm, neutral language, and let them know that I’m there to answer any questions they have. I don’t think knowing about sex taints your child’s “innocence” (whatever the heck that word means anyway). And I certainly wouldn’t blame the neighbor for my having to discuss sex with my child because they heard something on accident. If my neighbor is going down for that offense, so are most major motion pictures.

JAMYE: I feel like I’m not the norm when it comes to parenting and sex. For the last 15 years, I’ve lived in the suburbs of what Lux Nightmare called the Pink Ghetto, so maybe my whole view on talking to your children about sex is unorthodox. I think not talking to them about sex is going to make things worse than addressing a situation as it comes up. It’s like not giving them sugar, and then they go to their first birthday party and ravenously devour the whole cake because THEY HAVE NEVER HAD SUGAR BEFORE AND OH MY GOD ISN’T IT THE BEST THING IN THE WORLD. WHY HAS NO ONE TOLD ME ABOUT THIS? I MUST FIND THE SOURCE? You get it. However, the discomfort of loud noises (I hate when balloons pop, when guns shoot, when things explode and go boom) like a loud sex noise coming from a person in a place where I am potentially going to have quite a few interactions, that could make things a little more uncomfortable.

That being said, if my kid heard someone else having sex, and asked me what that was, I would find an age appropriate answer. It’s naive to think that kids haven’t heard about sex. When I was a kid and learned about sex, I thought, “When I’m a parent, I don’t want to ignore the fact that sex happens, because like breathing and eating, it’s a part of life.” So, I wouldn’t ignore my kids question, but I’d find the answer that I think she could handle for her age.

When should kids start learning about sex?

KRISSY: Kids should start learning about sex as soon as possible. People like to argue that they live in “safer” neighborhoods or their kids just “aren’t interested” in sex. But I lived in an all white, Christian suburb of America, and I got into some shit when I was little. Environment doesn’t always dictate your child’s exposure to sex. Do you really want to take a chance and not talk to them about it because you ASSUMED they’d have a non-sexual childhood? Or would you rather take precautions and decrease the chances of them having an unhealthy sex life in their future?

Personally, I wish my parents had started talking to me about sex when I was around 4 or 5. They didn’t have to give me a big lesson with anatomy posters and stuff because I would have been too little to care about science THAT MUCH, but telling me what my crotch is made for and explaining what is and is not okay touching would have been helpful — especially since child abuse is so prevalent in this country.

The only sex talk I got was a video called “Where Do I Come From,” which featured cartoons humping. I was 8. Oh, and my mom got me a period book when I was 14. I had health class in high school, but all they said was DON’T HAVE SEX. Even if the information was good and it wasn’t abstinence only education, a lot of kids were having sex already — so the info was coming too late.

I also think talking to kids about sex early and showing them that body parts look different is VERY important. I thought my vulva was the ugliest thing in the world and I hated myself. I was too afraid to show anyone what it looked like. Ironically, as I got older, I learned that women go to get surgery to have their vulvas look like mine. Funny how that works out.

JAMYE: First off, “Where Did I Come From” was my favorite book of the 70’s. I think it’s funny that you remember it as a video. I remember staring at the pubes of the adults in the book, and I remember seeing the parents loving each other in bed, and thinking what’s with all that hair. I too did not get much sex education from my parents, and I definitely believe that children do a lot more exploring then we give them credit for. Not giving them credit is kind of amazing too, since we were all kids once and we know what it’s like to be a kid and be curious about penises and vulvas.

I agree that teaching your kids the proper names for their genitals at a young age, and explaining the purposes of said genitalia, would be helpful in not only educating children about their bodies and the what their bodies have the potential to do, but it would also be beneficial to help children feel less shame if abuse does come into the picture. The lack of discussion around sexuality in this country, and what’s okay and what’s not is seriously abhorrent, and I do think empowering kids to understand their bodies could really help with the shame and stigma around not only experiencing pleasure, but around sexuality in general.

So, when do you start talking to your kids about sex? I think as soon as they express curiosity or interest in knowing more. I don’t think it’s one age for every kid, but I do like what sexologist Logan Levkoff says about being the one to talk to your kids. She says, “Being a parent means tackling the hard issues, too. If you need motivation, keep in mind that if you don’t talk to your kids about sexuality, you default to all of the other far less reputable sources—the media, the kids on the school bus, and so on. It’s perfectly acceptable to be uncomfortable with the subject matter and you should acknowledge this discomfort with your children. They will respect the fact that you are being honest with them.”

When do you think kids actually start learning about sex?

JAMYE: I think kids start learning about sex when they watch almost any TV show that’s not a cartoon that makes mention of dating, sex, and rape OR when they accidentally Google search a term like “Dirty Sanchez” thinking they’re going to see a cartoon of a Mexican man who swears. It’s so easy to see a gang bang on the Internet and to think that it’s how sex is, or to be fascinated by poop and find an anal sex video. Kids start learning about sex around the same time they become curious about people’s habits and lives, so probably sometime after kindergarten. Regardless of when they start learning, when we start teaching them is more important.

Is hearing a woman orgasm so wrong?

JAMYE: I’m giving it up for Wood. I second her emotion. Sadly, Hollywood debate about female pleasure epitomizes how people feel about female orgasm. A few years before this controversy, there was the whole Blue Valentine/Black Swan debacle. Hearing a woman orgasm isn’t wrong, however it is contextual. For example, it’s okay to hear, and see it in a Hollywood film, or a porn, or during sex with your partner or partners, since you’re expecting to see it, or at least you took a chance when you bought a ticket or brought a date home. However, hearing a woman orgasm near the meat department of a grocery store, that might be a little much.

So, yeah, hearing a woman orgasm isn’t wrong, but it can get awkward depending on where you are and what you’re doing at the time. Just saying…

How do you think parents should talk to their kids about sex?

Jamye Waxman, M.Ed. is the CGO (Chief Gasm Officer) at gasm.org. In addition to being a sex writer, author, blogger, video host, producer and director, Jamye is a well-known and sought after educator and lecturer in the field of human sexuality and relationships. Follow her on twitter @jamye and on Facebook: jamYe waXman.Krissy Eliot is Gasm.org's creative director. She's a writer, videographer, citrus dessert enthusiast, and professional purveyor of sex talk. Feel free to lurk her at www.krissyeliot.com.