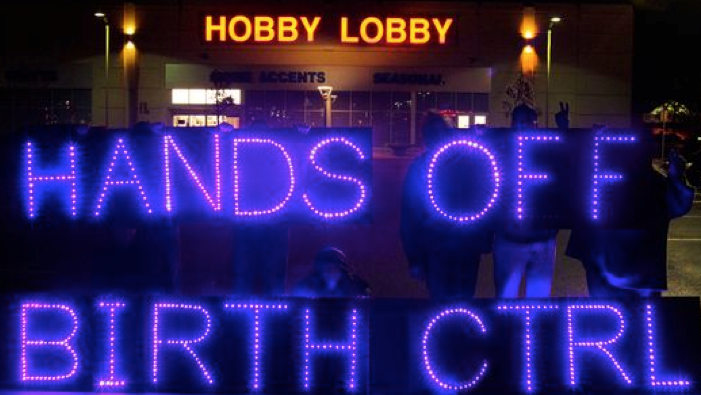 I’ve never had an abortion, but that doesn’t mean I don’t believe in choice.

Last May, when I found out I was pregnant, I wanted to know my options. When I checked in with my health insurance to see what was covered, I was told that while they would happily pay 90% of my doctor’s visits and my hospital stay in preparation for a bouncing bundle of (fingers crossed, hold your breath for it) joy, they would not pay anything if I chose to terminate my pregnancy.  That meant that if I had wanted an abortion (which I did not want in the end), that expense would be my cross to bear — and I mean a literal cross.

I get my health insurance through my grad school, which happens to be a Jesuit, Catholic university, run mainly by religious men who dictate what can, and cannot, be covered. (When you ask about insurance, they don’t say it’s religion, they just tell you what your plan allows — but other plans under the same “group” allow for things like abortions and contraception). This is the second time that the Catholic Church has determined what my non-Catholic family can, and cannot, have access to. (The first time being my sister’s medical residency — when she was denied contraceptive coverage because the hospital she worked for had “Saint” in the name.)

NPR reported that the justices were divided by gender in the Hobby Lobby Contraception Case. The case, about a chain of 500 arts and crafts stores with 13,000 employees, was brought in front of the Supreme Court because the religious owners of Hobby Lobby object to providing their employees with certain types of birth control, mainly IUDS and morning-after pills, because they consider both to have “abortive” qualities.

It’s amazing that in 2014 we can have sex with robots, marry the Eiffel tower, and clone a sheep, but when it comes to the right to have pleasure without adding any more unwanted additions to the already overpopulated Earth, there are still people who will try to stop you.

As Susan Maushart writes in her book The Mask of Motherhood, “One of my favorite nuggets of wisdom is scrawled in a dank, dark subterranean passageway in the bowels of New York’s prestigious Union Theological Seminary. It reads, ‘If men could get pregnant, abortion would be a sacrament.'”

Men can’t get pregnant, and therefore abortion isn’t a sacrament. And the sad truth is that it’s hard to find pleasure as a woman when you can’t make decisions about your own body, regardless of where you work or go to school.