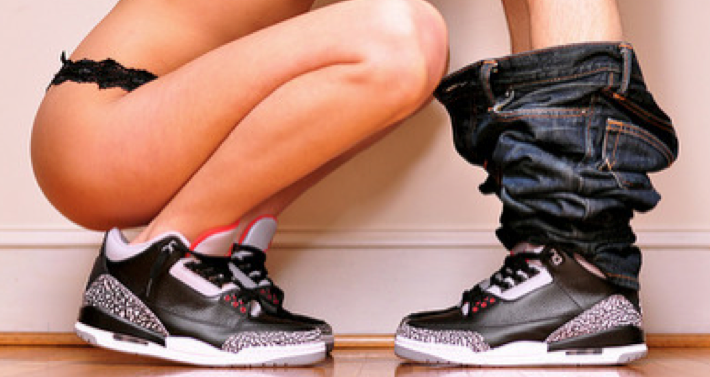 I was 17 years old the first time I ever gave and received oral sex. At that point in my life, I had already had a few semi-innocent make-out sessions with an older boy named Eric. Since he was definitely more experienced than me, I could tell he was getting a bit frustrated, so I decided that the next time we got together we would do more than just kiss. I had already let him kiss my breasts and that felt good enough, even if I had to remind him at times that my nipples weren’t chew toys. For some reason in my naiveté I thought older boys automatically knew what to do, and that everything would be perfect and amazing from the very beginning. Perhaps I thought this because I had seen too many John Hughes’ movies!

I don’t want to write anything disparaging about Eric because he wasn’t a bad kisser or anything like that, I just expected something different, something more intimate, romantic and certainly something more intense. Well, that all changed the minute we both got completely naked and I let him go down on me! It kind of took me by surprise at first; the sensation was very pleasurable, but totally unique. It was so warm, slippery and exquisite! I had never felt anything like it before and the feeling of his tongue and lips on my vagina was incredible. This far surpassed anything I had ever done in my young, inexperienced life.

My body began involuntarily trembling with tiny spasms of excitement and pleasure. My breath quickened and I was moaning, gasping and running my hands through his hair and feeling the side of his face as his jaw moved up and down while he made love to my vagina with his mouth. My nipples were rock hard and my entire body felt electrified. The intensity that had been missing from our PG-13 make-out sessions was obliterated by this full-on orgasmic sensation of pure lust and carnality! I no longer cared if he didn’t think I was pretty (he did) or if I technically wasn’t his girlfriend (I wasn’t). I didn’t care that my parents would absolutely kill me if they found out I was making out with a 21-year old guy that had gone to high school with my older sister. A guy that I had a crush on since I was in the 7th grade! I didn’t care if he thought I was silly or that I had a bit of stubble in my armpits. I just knew that I didn’t want him to stop. I wanted this incredible sensation to LAST FOREVER.

I was shaking uncontrollably and gasping for breath. I kept saying “Oh god Eric, oh god, OH GOD!” And then, he looked up while still lapping and gently inserted his middle finger into my drenched and throbbing vagina. I had never known such absolute pleasure in all my life. The old “one-two” trick of using fingers while going down on a woman has to be the BEST INVENTION EVER! After he started easing his finger into me, I was delirious with ecstasy! A thin mist of sweat had broken out over my entire naked body and I was shaking so hard I was surprised my teeth weren’t chattering as I writhed in delicious perfection. I was convulsing with pre-orgasmic bliss as he rhythmically fingered me and brought me closer and closer to climax. I was so wet that my thighs were slippery and his face was drenched in my lady lubrication. A strong sensation overtook me and suddenly I was buckling under him as I shook with feverish delight. Wave after wave of orgasm broke over me as I came again and again. I was not in control, and I convulsed with excited spasms a few more times until it almost began to actually hurt. I felt exhilarated and light-headed, like I was going to faint and blast off into space at the same time.  He came up from between my thighs and held me as I quivered in his arms. I couldn’t speak and my head was spinning.

Once I regained a bit of composure, I felt incredibly centered and self-possessed, like I was no longer a naive young woman but a full-fledged sex vixen. I felt so unbelievably sexy and alive that I felt I could conquer the world at that moment, or at the very least, conquer what Eric had in his pants. He was still gently holding and kissing me when the “lady tiger” in me took over. I started kissing him like there was no tomorrow and pushed him onto his back so I could straddle him. I kissed and licked his chest and nipples, making my way down to his stomach where I undid his zipper and tore off his pants in one fell swoop. His briefs were bulging with an enormous erection. I had never seen one that up-close before and was stunned that it didn’t look anything like I imagined. It certainly didn’t look like anything we were taught about in health class. It was fully erect and curved at a slight angle, like it was pointing to something right over his head. It was meaty, vein-y and throbbing. It was pulsating with Eric’s heartbeat and for a moment the sight of it mesmerized me. I was equal parts turned on, curious and incredibly excited as I slowly approached it with my mouth – which was ready and wet.

So, on that beautiful night with Eric, underneath the gorgeous night sky, I gently eased my wet, warm mouth down his perfectly erect cock and slowly slid my lips all the way down to the base of his shaft while feeling his heartbeat pulsate in my mouth. I brought my mouth up and down — not too fast and not too slow. I moved my mouth all around him, while rolling my tongue over the head of his penis, down the sides. I sucked on his balls occasionally. I used both hands around his shaft and sometimes let my fingers glide over his head while licking the shaft a bit. I closed my eyes and just let myself be in this perfect, new moment; concentrating wholly on what I was doing. I could hear him breathing and making low moaning sounds. I could feel his hands on my back and head, guiding me to how he liked it. I looked up and saw how he was gazing down at me, his eyes wide and mouth slightly open as he looked at me in complete awe. I had never felt this sensation before; the hard, warm, pulsating yet soft flesh in my mouth. The ridges, veins and thickness of his member were new to me, and as I heard him quietly panting and touching me, I felt like I was having an out of body experience. I felt like I had his whole world in my mouth, and let’s be honest, I DID. His cock was slick with my saliva and I could feel the heat in my own nether region start to rise again. I quickened my pace and paused briefly to tell him to let me know when he was going to cum. It wasn’t too much longer before it actually happened. I sat back and finished him off manually as I watched him ejaculate all over the place. He was lying on his back and breathing heavily for several minutes. I silently sat beside him, wiping his fluid off of my hands. Neither one of us said anything. I started thinking I had done something wrong or had accidently hurt him when all of the sudden he popped up, embraced me and  gave me a huge wet kiss on my lips and exclaimed “Jesus Christ, that was incredible!”  His face was still a little red and he was all sweaty. I was flabbergasted; I totally didn’t know what to say, so in my nervousness I started laughing. He looked at me and said “What? Why are you laughing?” to which I replied, “Did you really like it? I’ve never done that before, so I can’t tell if you’re just being nice. If so, you can tell me the truth.”

He gave me a startled look and laughed just a little. Then he went on to say that he didn’t believe me. Obviously, since I was so good at it, this could not have been my first time giving head. I felt oddly flattered at such a backhanded compliment. I smiled and told him it was the truth, and then I embarrassingly divulged the source of my technique. He started laughing and hugged me again, kissing me all over my face and neck. We lay silently together for about 15 minutes, soaking up everything around us before I had to head home (it was a school night after all). We kissed a little bit more and he asked me again ‘Was that really your first time giving a blow job?’

I innocently looked up at him and said yes. He smiled and gave me another kiss before telling me that it was the best head he’d ever had in his entire life. I turned bright red, while inside I silently beamed. I felt like I was glowing the rest of the night.

Giving head made me extremely happy. I was delighted to know that I had such power, and I couldn’t wait to do it again.

What do you love about oral sex? Ms. Simone has written erotica since 7th grade, sold sex toys, lingerie and worked at the Museum of Sex among other things. She believes that honesty, laughter and self confidence are the sexiest things on the planet.