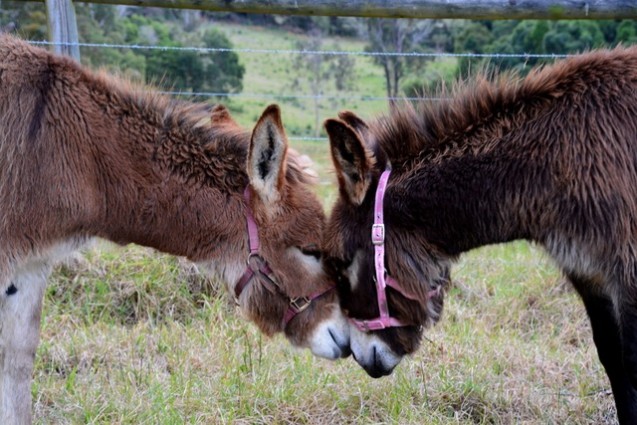 Polish donkeys Antosia and Napoleon are finally back together after being separated for amorous public lovemaking at a Poland zoo, according to the Boston Globe.

Outraged zoo-going mothers complained that their children had to witness the couple’s mating, and conservative local official Lydia Dudziak persuaded the zoo director to have the animals placed into different pens.

The couple had been together for ten years before the separation, and had even produced six offspring, including two-month old Tadeusz.

The public recognized the unjust behavior of the zoo, and nearly 7,000 people signed a petition to reunite them.

After a week apart, the zoo acknowledged that the separation was wrong and put them back together.

‘‘It was never our intention for any animals to feel uncomfortable because of their natural behaviors,’’ the zoo said in a statement.

When experts weighed in, they said the separation could affect the couple’s psychological well being. And other politicians found the separation to be ridiculous and wrong.

What do you think about the couple’s separation?