Ian Denchasy, along with his wife Alicia, started Freddy and Eddy, a website for all couples. 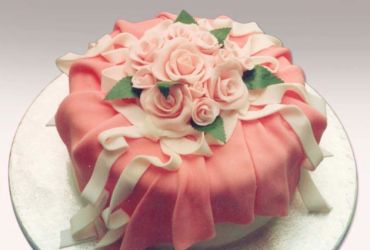 Back in my early 20’s, at the peak of my sexual activity and in the fertile hunting grounds of college, it was not uncommon for me to date 3-4 women simultaneously, perhaps even carrying on a sexual relationship with some or all of them. Without going into too much story, suffice it to say that marriage was right alongside running off to the Peace Corp. as occupying the lowest rung on my priorities totem pole. Indeed, I’d gone as far as to accept a position teaching in Japan upon graduating with a degree in English in 1987 – to prospective female tour guides, no less – and I looked forward to sexually conquering the country (or getting kicked out for trying) as only a handsome, 6’ 2” caucasian male could do.

Of course, the best laid plans, as the cliche goes, are destined to be ruined, and while biding my time between graduating and flying off to the the Land of the Rising Sun I was struck by Cupid’s arrow, engaged two months later, and subsequently married not long afterward. Now in our 25th year together, I’ve never regretted my choice to forgo the endless sexual opportunities that (probably) awaited, though the fantasy still makes for a good story when trotted out in social situations, and life with my wife (Alicia) has been, as far as marriage goes, a case study in why I made the decision to change course way back when. Certainly, we’ve had our bumps along our highway to happiness, but in no way have either of us ever doubted the strength of our union, trust in one another, or commitment to growing and prospering as a unit.

Sexually, though one may believe the bombardment of messages to the contrary, we have managed to maintain a healthy, vibrant, and steady frequency of intimate encounters, despite challenges including, but not limited to child rearing, job changes, financial crisis, and physical aging. Ironically, as a married couple we’ve faced difficulties common to just about anyone – single or otherwise – and have always felt our partnership has added strength and resolve we may not have otherwise had if on our own. But I digress; the point is that we still “do it” an average of 2-3 times per week and enjoy exploring everything from mild BDSM to strap-on play to making our own sex videos, etc. We remain monogamous, though open to discussing alternatives should the subject merit, and our website (we review sex toys and write about couples sexuality) is one of our many vehicles for maintaining intimacy as a top priority in our relationship.

With hindsight as a luxury from which to plan my future growth both individually and as a husband, I personally look forward to what lies ahead in our bedroom experiences, having evolved from the thrill-of-the-hunt rush of my pre-wife 20’s to the thrill-of-the-moment bliss with Alicia. Experience (and stability) has taught me to slow down and let the situation guide our lovemaking rather than the reverse. Sex, I’ve happily discovered, is wonderful in all its forms, whether cuddling in front of the television, sneaking in a quickie after sending our son off to school, putting the car seat back and taking a risk on the top level of a Santa Monica parking lot, or simply nodding off to sleep fully clothed to the cadence of her breathing. Tantra, porn, sex toys, erotica, and games have all infiltrated our routines and I feel my skills as a lover have improved immeasurably (I shudder to think how unfulfilled some of my former lovers must have felt after being with me). The most important lesson, though, is that there are many more lessons, and to be an enthusiastic student is what makes Alicia’s classroom so inviting.

What lessons have you learned from your marriage or relationship?

Ian Denchasy is the co-founder of Freddy and Eddy, a web resource for couples focusing on sexuality and relationship issues to assist in fostering happier, more fulfilling partnerships. Product reviews, timely articles, and links to resources across the internet are just a few examples of the content Freddy and Eddy provides. Visit www.freddyandeddy.com to learn more.