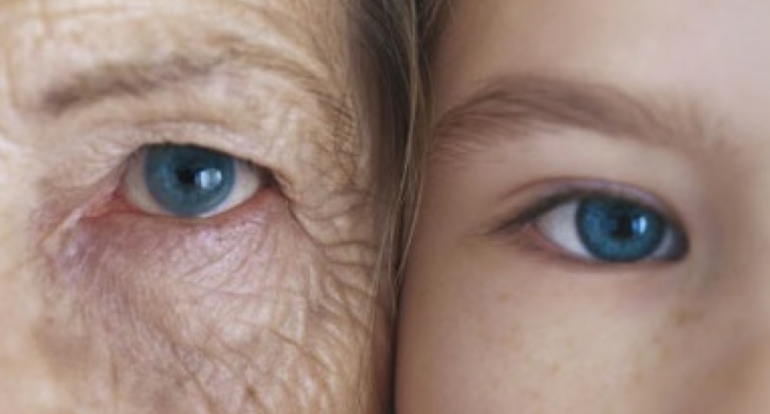 When you’re single and in your 50’s, New York City can be a tough place to mate and date. Especially when you’re still too young to be old.

As the intrepid over-50 dater, the easiest way to be in the game is online sites. There are pros and cons, of course, but at least it’s an avenue to meet new people outside my (significantly large) social circle. It’s also, however, like a full-time job, much of which consists of fending off old men. Er, way-too-old men. This week’s work included a true “blind date,” since the man hadn’t posted a photo. I succumbed to his advances and agreed to lunch.

While a very pleasant man, when it came around to his asking about my experiences on the site I said that, for the most part, they’d been fairly nightmarish, which then led to me telling him about my previous pleasant man date with a 60-year-old Republican banker who had insisted upon a second date, even though it was glaringly apparent we had nothing in common other than, perhaps, high IQs. It didn’t take this similarly intelligent man too long to figure out that I felt pretty much the same about him. And our conversation took a turn for the decidedly negative.

“You haven’t created a very easy situation for yourself,” he said.

“If what you’re looking for is someone who will stay up all night partying with you, your chances aren’t very good.” I countered with, “You make it sound as though I am the way I am almost out of spite, rather than it just being how I am. It isn’t a choice. It’s just the way I live.”

“Well, then it’s an instance when being youthful and vital is a handicap.”

A handicap? Was he serious? In what way would being youthful be a drawback?

While my mind reeled with the ridiculousness of such a statement, I felt the need to defend myself. I didn’t bother going down the “men can date women 50 years younger” road because, what’s the point? Instead I attempted to not sound like such an aberration. “If it were just me,” I said to him, “if I were the only woman over 50 who still enjoys singles bars and nightclubs and going to parties that last past 4am, I might cave to the expected norm.” What I wanted to say was if I were the only woman over 50 who isn’t sitting at home knitting, waiting for the Grim Reaper to call I might cave! (Thought even then, I wouldn’t!)

I continued, “But I have many close female friends who are in the same boat I am. They are equally as vital, enjoy attending the same sort of parties, love to dress up and have a few drinks and generally live the way they have since they were 30.” He didn’t seem to believe me. “Most women your age are interested in slowing down.” So does that mean that I should be too? “Do you think I should slow down just because that’s what other women my age are doing?” I asked. “That sounds hideous!”

I explained to him that I would rather be alone than adjust the speed at which I live to match someone else’s. I used the example of my relationship with my ex-husband, how while we were both very different people who were, initially, able to make it work, once we became too different – and were living completely different lives – the marriage fell apart. Why, then, would I start a relationship with someone whose lifestyle was already so radically different? Sure, it would be nice to have someone to snuggle on the couch with. Yet if that was the only thing we enjoyed doing together, why bother? Extrapolating that pleasure in inertia, my mind leaps to: The idea of taking care of an elderly man isn’t very appealing, especially if it happens, like, a year or two into the partnership. And even more so if that partnership is only based on sharing a couch together.

EditrixAbby is the nom de plume of Abby Ehmann, who has been writing first person, experiential pieces about her exciting life since 1993. She’s fictionalized her sexual escapades for Penthouse Forum, documented the mysterious world of fetishism and reviewed more porn movies than she can count. These days she crafts crowns and tiaras, tends bar and spends three months out of the year in the Nevada desert, working for Burning Man. She’s also braving the dating scene and trying to stay sexually active as a woman over 50. You can read more about her exploits on her spottily updated blog: http://editrixabby.wordpress.com. Photo Credit: Alexander Colby (www.alexandercolby.com)