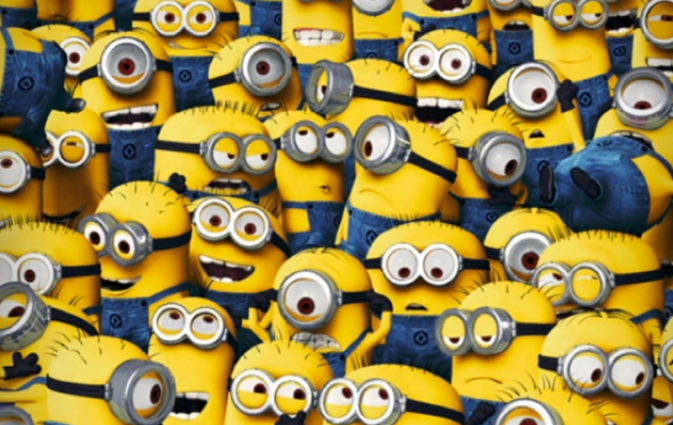 Jort pointed the hair dryer at her breast. Instead of heat, frost squeezed at her pinkish girly-mounds. An ex had tried rubbing ice cubes on her skin, but this felt much more intense. Jort jacked himself off as he watched the freeze ray harden her nipples into little icicles. He’d already spoofed, but while the ice on her tits melted, she found another way to pleasure the minion: she reached around and spread his butt cheeks to finger his squeaky little asshole.

Katie closed her eyes and let the pleasure wash over her. The high-pitched squeals and giggles of the minions were music to her ears, and feeling their moist little fingers and sticky yellow dicks all over her body was something straight out of every woman’s fantasies.

More tiny appendages joined the fun, poking, flicking, and caressing her in all the right places. She felt like a stock car pulling over and having ten men giver her the perfect tune-up.

The minions weren’t very good at anything else, but damn, they could fuck.

To see the other ways in which these minions can fuck, check out the full story on Buzzfeed.