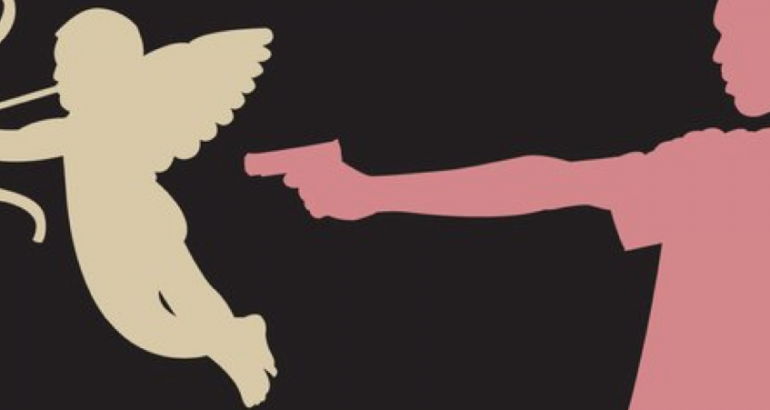 Want a good reason to celebrate Valentine’s Day? Here it is.

In the “me me me” world we live in, it’s not unusual that people will be raining on the parade of others who enjoy Valentine’s Day.

Hipsters call it a Hallmark holiday because it’s hip to say so. Guys married to divas dread the day because of the dent it puts in their wallets. Single ladies feel unworthy if they’re not paired up like Noah’s Ark and girls who are paired up are in persistent competition with each other regarding who got the better gift.

It just seems like people are celebrating V-Day for the wrong reasons. It’s no wonder haters are throwing anti-Valentine’s Day parties left and right.

The first time I was invited to an anti-Valentine’s Day party, I declined. At the time, I wasn’t in love and didn’t have a boyfriend. Hell, back then, it had probably been years since I had a good boyfriend. I declined because I am not a party pooper. I don’t rain on other people’s parades.

I’ve always enjoyed Valentine’s Day, whether I was in love or not.

Perhaps it’s my upbeat nature, but the first Valentine’s Day I remember could have been a real disaster.

I was still in grade school, and I decided to send a Valentine’s Day card to every kid in the class, both boys and girls. The girls liked the cards, but boys still considered us yucky, and in accordance with this yuck factor, all my pretty little cards were made into paper airplanes by the boys. I did not let that discourage me from enjoying Valentine’s Day, especially since my Mom always hung up adorable paper cupids as decorations, dressed my sister and I beautifully in cute dresses, and gave us candy.

As I got older, I still loved Valentine’s Day. I remember one V-Day, when I was single, Johnny Thunders was playing at the Peppermint Lounge in NYC. I recall that ad in the Village Voice: “It wouldn’t be Valentine’s Day without Johnny Thunders.” So I started my tradition of non-traditional Valentine’s Days. While most young girls liked getting gold jewelry and flowers from their boyfriends, I never had a problem getting records. My Valentine’s Days were always ultra cool — and to this day, I’ve kept up the tradition.

Then I got on a train at the Path Station and a conductor spotted me crying. He looked at me with pity and said, “Oh, THIS has to be over a guy!”

The conductor definitely had a sensitivity chip missing and I wanted to stick my red Valentine’s Day shoe up his ass! But knowing that my grandmother was a fun, loving lady, who possessed the Scarlet O’Hara spirit of “I’ll worry about that tomorrow,” I moved on and enjoyed my Valentine’s night. Yeah, I missed Grandma dearly, but I still enjoyed myself.

You see, the point isn’t about the pressure of trying to make Valentine’s Day something special. It’s about the magic of so many people being on the same page and celebrating something extraordinary. There’s that certain enchanting vibe in the air. Lovers may be having their first kiss or getting engaged; parents may be celebrating the first Valentine’s Day with their new baby, etc. One of my best friends was born on Valentine’s Day, so I can only imagine how thrilled his mom and dad were on this particular day. If you work in an office, those who never speak to you might say hello on Valentine’s Day because they’re so happy to know they’ll be getting lucky later on! It’s a win/win – if you want it to be.

Four years ago, I hooked up with my love, Dennis, in the month of November — and we were in love from the get go. By the time Valentine’s Day came along, there was nothing more he could do to prove how much he loved me because I knew his true feelings from day one.

So I came up with a clever idea. Let’s not make Valentine’s Day about us — let’s make it about other people.

We spent our first Valentine’s Day together at a rally for marriage equality. We felt damn good about our decision. There we were, a straight couple supporting couples that did not have the same rights as we did.

As we waited for the event to start, Dennis sang softly, “C’mon people now, smile on your brother, everybody get together, try to love one another right now.”

Then the event kicked off with the song, “This Land Is Your Land.”

We held hands tightly as we listened to the speakers. I smiled gently at anyone who looked my way, hoping my positive energy would make someone’s day and that my support would make a difference in his or her life. Don’t let me down, New Jersey, I thought to myself.

My favorite part of the evening was when a 10-year-old girl stood up and testified about having two daddies and talked about how the kids in school made fun of her because she wore a skirt that had a picture of the gay rainbow. But she was proud of her daddies and stood up for herself.

That night when we got home, I cried in my love’s arms. My tears were for all the many people who have hate inside of them and I how I was so ashamed of our human race.

I felt so blessed to have a lover so full of compassion for others. We totally deserve each other, I thought.

In 2007, we continued our tradition of being kind to others on V-Day. Dennis’ dad, Pop, was in his late 80s. Pop’s first wife (my husband’s mother) died decades ago and Pop had been living with his long time girlfriend Anna at a retirement community. Sadly, Anna passed on five months earlier, and it was Pop’s first Valentine’s Day without her.

I suggested to Dennis that we take Pop to dinner. Under normal circumstances, I’m a health food Nazi, but it wasn’t about me, it was about Pop. We took him to his favorite Chinese Buffet.

We really cheered him up and had such a great time. And again, I loved the idea of spreading love – because it’s contagious! The satisfaction of doing something for others in an unselfish way, to me, is what Valentine’s Day is all about. It’s a whole lot more than just a Hallmark holiday.

Maryanne's an award-winning journalist whose work has appeared in The Aquarian Arts Weekly (which was inducted into the Rock and Roll Hall of Fame, April 2012), music.com, Tattoo Review, Punk Magazine, In the Flesh, Screw and Exit, to name a few. She recently published her first book "On the Guest List: Adventures of a Music Journalist." Follow her on Facebook, https://www.facebook.com/maryanne.christianomistretta and at her blog, http://maryannemistretta.wordpress.com/.