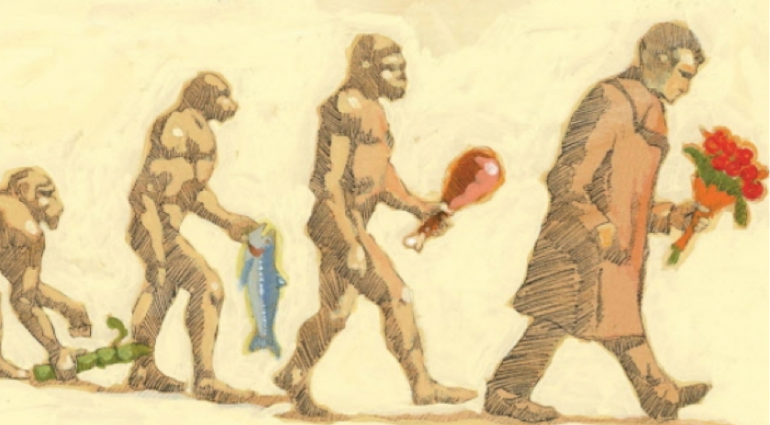 In our weeklong look at loathing (and loving) Valentine’s Day, commentator Rich Woods explores the consumerism of love.

We do it every year. Like lemmings walking off a cliff, couples in various states of commitment set one another up for scrutinization based on the extent to which we are willing to hand over “hush money.” We hope that after all bribes are paid, we are perceived by our peers to have adequately leveraged our betrothed into proper compensation for our affections. And once again, the planned obsolescence of the relationship industry is due its annual day of reckoning.

Valentine’s Day is again upon us, and predictably, Americans will clumsily try to express devotion for one another on command. And as American “vanillas” (see definition of “vanilla” for context) take their romantic cues from Dr. Phil and Walt Disney, they willingly, albeit unwittingly, subsidize their relationship demise.  Indeed, Valentine’s Day is little more than a 24 hour exemplification of how and why half of all marriages in America fail — and many of those who manage to avoid meeting a litigious end aren’t exactly living in wedded bliss.

It is phony and dishonest.

While Valentine’s Day is sold to American consumers as an annual opportunity to re-declare our love for one another, it’s become an expression of relationship dysfunction. It turns virtually every man who sheepishly goes along with the yearly love farce into the social equivalent of a zit covered nerd making an awkward, too-soon grope for the breast on a first date. Likewise, it turns every otherwise sensible woman into Alexis Colby (yes, I know I’m dating myself with that reference).  And while there is certainly a multitude of doddering lummoxes who  — when not garnering vicarious thrills via sweaty, muscular men running with a ball —  are unable to emote beyond a post-fellatio grunt, compulsory romance only serves to widen any pre-existing emotional divide. Forcing a reluctant — albeit mandatory —  retail purchase will not change the essence of who they are, nor will the recipient of said purchase magically transform into a nymphomaniac June Cleaver.

More often than not, Valentine’s Day serves as a reminder to vanilla folks of how much relationships suck. Vanilla women, orgasm deprived and unable to articulate their emotions beyond their sexually and emotionally repressed conditioning, often use Valentine’s Day to seek recompense for thousands of years of female subjugation, if not a lifetime of oafish clod-isms and their husband/boyfriends lack of interest in their clitoris. While their male counterparts, feeling as though they’ve been sent to the phallic Bastille and wishing that cupids arrow would have struck them in the temple, pray that a Hallmark card and a well chosen trinket will have earned them their way free from estrogenic retribution.

As it is designed, Valentine’s Day is like a game where there are no winners — but vanilla couples need not fall into the trap. The reality is, tokens of affection cannot be obligated, or expressed via vapid platitudes. That’s not how affection works in real life. Emotional pacification only serves to stay the inevitable, and when communicate via clichés, we really don’t communicate at all.

Here’s the thing: it’s not that romance doesn’t exist. It sure as hell does. But Valentine’s day ain’t it.

Regardless of the nature of one’s relationship lifestyle…. romance cannot be forced, cajoled or scheduled. And it can’t be purchased at Jared’s. It is a byproduct of mutual respect, and it is demonstrated in the random, selfless acts that couples in love do for one another every day. Most of all, such expressions are unique to every couple. Surely if love and romance exist for two people on February 14, it exists the other 364 days of the year too.

People who are truly in love do not require an obligatory annual validation. They shun the very concept.

Is Valentine’s Day too vanilla?