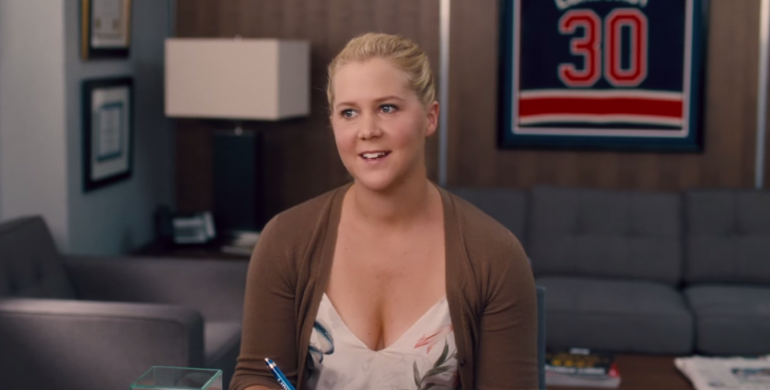 Amy Schumer has often been called “a sex comic” by the media, because she talks a lot about sex in her standup routines. But even though she’s proud of the fact that she’s not ashamed of orgasms or sexuality, it bothers her that people ignore the other non-sexual subjects she discusses and merely reduce her to a one-trick-pony.

“I think that I get labeled a sex comic just because I’m a woman,” Schumer said on the Night of Too Many Stars stand up special. “Like, a guy could get up here and literally pull his dick out and people would be like, ‘He’s a thinker.’”

Despite her reputation, Schumer herself is a “thinking comic” who just happens to think about sex a lot. She’s an incredibly smart woman who isn’t just interested in making dirty sex jokes for the sake of making them. Schumer wants to explore sexuality and the psychology behind it—which she does in her upcoming movie, Trainwreck.

Schumer plays a drunk journalist who sleeps with a lot of people and goes on a journey of self-discovery, realizing that her actions are self-destructive.

“More than anything, the story of this girl was really important for me to tell,” Schumer told Vulture. “We’re so quick to label somebody: ‘She’s a drunk slut, got it.’ But I want to look at the nature and nurture that got her there.”

Do you think Amy Schumer should be labeled a “sex comic?” Why?