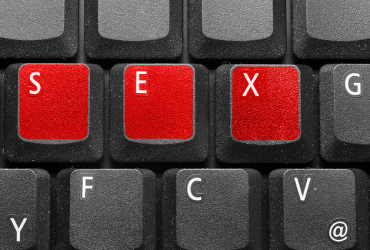 When it comes to sex, I have always been crazy.

I’m into a lot of things that most people think are weird. I’m kinky, have odd fetishes, and I beat off a lot. When I was extremely active in getting my freak on, nothing got me off more than having sex with multiple partners.

It isn’t that I just wanted multiple partners though; I wanted to lie to all of them too. I didn’t want anyone to know who I was. It would have been no fun at all if I was having sex with my girlfriend and when we finished I said, “Hey babe, I am going over to Stephanie’s house for a bit. I am going to bang her silly and then be right back. Love you.” It was the games that I liked. I was into the deceit and being the puppet master. It gave me a rush.

I was married once. She was nice. I was happy. Then I started having an affair at work. I told the woman I was banging that I loved her and that I was leaving my wife, even though I kept putting it off. I met her kids, she thought it was serious, thought that I meant it. Then I started screwing someone else at work, and then someone else. None of them knew about each other.

I was married and having sex with three women at work, and telling two of them I loved them. To you, that might seem horrible, or it might seem exciting. I don’t know. To me it was like walking around electrified, all day and all night. Being a player gave me enormous shots of dopamine. Later, I would feel shame, depression and anxiety. The only thing that would make me feel okay again was doing more sexually crazy shit.

I would have sex with at least two women a day, sometimes four, and in between I would beat off.

It might go without saying, but this caused problems in my life. I had numerous opportunities to stop taking this scene farther, but I kept pushing it to the bitter end. I did this until I completely fucked up my life.

And that is where what the professionals call ” addiction” kicks in.

I hate it actually. Because this wasn’t about sex (though I did enjoy that). It was about power.

When people hear that term, most of them tend to have one of two reactions. Some people think sex addiction doesn’t exist, that it’s just made up to excuse bad behavior. Some geniuses think being addicted to sex is like being addicted to air. Like, because it’s a natural part of life, you can’t be addicted to it.

The next group thinks it sounds fun. They want to know the downside of getting laid all the time. And it was fun. Totally fun. But if you have my type of personality, there are a lot of things that could be fun… like shooting up heroin and getting black-out drunk.

I was really fucked up and I couldn’t stop. No matter what happened, no matter how bad things got, even when I lost everything, I was getting farther into it; going into darker and more depraved places.

This cycle kept up for quite a while until I ended up divorced, jobless and homeless. I moved in with a woman. She was great if I wanted someone to use as a coffee table, or to walk on a leash, but not so great at being my friend.

So I went to rehab. And while it sucked, it also helped me to change the way I had been acting. Not right away either. A year after I got out of rehab, I was doing it again. I was in a relationship AND having sex with my boss at work, as well as two other women that worked there. Only this time, the rush was gone, and it became more of a habit — one that I was committed to breaking.

Over the past six years, I have cleaned up my act. I don’t hate myself anymore. I keep the darkness off to the side. I am honest to the people in my life, as much as I can be, about who I am. I am still odd sexually, which is fine, as long as I am honest about it, and as long as I just am who I am. No shame.

In fact, now, being who I am is how I make money. I started to write a few years ago. I write about sex but it isn’t erotica. Unless you get turned on by dark, murky, lascivious tales of sex, relationships and addiction (apparently a lot of people do).

You can’t be fake and feel good about sex. That’s what I learned. Responsible sex requires honesty, openness and empathy. And if you can find a way to understand what turns you on, no matter how big a turn off it may seem to someone else, sex doesn’t have to be an addiction.

Brian Whitney is the author of two collections of dark and sexual short stories, 37 Stories About 37 Women, and Am I Pleasing You. His book with Porsche Lynn was just released and a book he wrote with Rebecca Lord will be out in the Spring. He also is one of the geniuses behind http://www.strawberrybooks.com.